Gas. Food. Tuition. It seems like the price of everything is going up (except my paycheck). The premium for my health insurance will also be increasing this year. My employer has provided an incentive to get a health assessment, and premiums will remain the same for those who complete a biometric screening. I made an appointment and had 3 small tubes of blood drawn. Not more than 2 weeks later I received a 17 page packet in the mail with my results. I was amazed at how much information could be acquired from blood alone like total cholesterol, iron, electrolytes, glucose, creatinine, triglycerides, and so much more.

I didn’t pay much attention in anatomy (or any of my science classes), so I looked up a few things about blood. There are four types of human blood: A, B, AB, and O. These were identified in 1901, by Dr. Karl Landsteiner. The universal donor is O- meaning it can be given to any blood type. The universal recipient is AB+ meaning it can be received by any blood type. Not all creatures are alike. Cats have 11 blood types, and cows have more than 800. Our blood is red because of the presence of iron in the hemoglobin. Crabs have blue blood due to copper, and leeches have green blood due to chlorocruorin. It is false that blood is blue until exposed to oxygen. Veins only look bluish because of the surrounding tissues. Blood has oxygen in it, so the previous theory makes no sense.

As Easter approaches I can’t help but think of the importance of the blood of Jesus Christ. His blood has some unique properties of its own. It covers (1 John 2:2), cleanses (Revelation 1:5), and consecrates (Hebrews 10: 19-20). As I mentioned earlier, red blood cells deliver oxygen throughout the body and remove waste, but Christ’s blood delivers and forgives us of sin. Mathew 26:28 reads, “For this is my blood of the new testament, which is shed for many for the remission of sins.” Remission means pardon, freedom, deliverance, and forgiveness. White blood cells defend the body against infections and diseases similar to how Christ’s blood protects us against the enemy. Revelation 12:11 reads, “And they have defeated him by the blood of the Lamb and by their testimony. And they did not love their lives so much that they were afraid to die.” 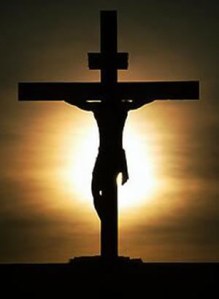 In observance of Easter I’m reminded that I have access to God through my faith in Jesus’ death, burial, and resurrection. In the old testament people had to bring their offering and sacrifice to a high priest to make atonement for their sins, but Christ’s crucifixion allows everyone to have a personal relationship with Him (Ephesians 2:13, Hebrews 10:19). I don’t have to let the guilt of past transgressions consume me into thinking I’m not good enough, holy enough, saved enough, or “Christian” enough. God doesn’t forgive the way people do. People will say they forgive you but bring up your past just as quick. The word says in Psalms 103:12 As far as the east is from the west, so far hath He removed our transgressions from us.

Blood represents life (Leviticus 17:11). I thank God for the life of Christ including his death that sanctioned man’s redemption. His life saved mine.