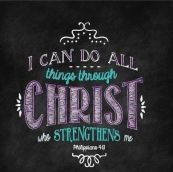 For a long time I felt like a Jack of all trades master of none. Growing up, I participated in a lot of activities. I played the piano and the saxophone, ran track and field, played volleyball, sang in the church choir, and so on. I was good at all of these things but not great: not great enough to become a musician, a professional athlete, or a singer. That didn’t bother me though. What troubled me is that although I had the ability to do so many things, I never cared about any of them. I didn’t care enough to want to be great. Those things weren’t my passion. I didn’t know what my passion was and am still on a journey to find out what it is.

I’ve always had natural talents and things that came to me easily. I made decent grades in school but language arts is where I excelled. I liked to read and write. As an adult, reading and writing for leisure took a back seat. Due to my college studies (undergrad and grad) and work demands, reading and writing became a chore – something I had to do not necessarily something I wanted to. That changed a couple of months ago.

In September, I went to an open mic night. The house band consisted of a drummer, a keyboard player, and a violinist (electric). They rocked out with different vocalists who blessed the mic. There were some spoken word artists as well. I was both impressed and entertained at the level of local talent; however, not everyone attracted the right kind of attention. A few of the poems shared that night were elementary and far from exceptional. I thought to myself, “I can do better.” But then I had to ask myself, “Why? Why aren’t you doing better?”

Writing was one of those things that came naturally to me. I didn’t have to try very hard to match pen to paper. In fact, writing (text, letters, e-mail, etc.) is my preferred method of communication at times. I’m a very structured person and a planner. I think writing helps me to better express myself without feeling rushed. Somehow it’s easier, yet those same strengths of organization and planning prevented me from crafting my gifts. I don’t know exactly when, but a long time ago I said I wouldn’t do certain things like spoken word poetry because the end game was undesirable. I hate being the center of attention and death is more attractive than public speaking. What was the point of writing a poem that would never be shared?

I don’t know what it was about September’s open mic, but I felt like I belonged there. I wanted to join these people; not only as a spectator but as a participant, so I wrote a poem. I gave the poem the same title as one of my blog posts, ‘Bone, Scrubs, and Harmony.’ Both the poem and the post talk about the great efforts I went to to get my dog and the frustration of dating guys who give much less.

I initially wrote the poem as a word document on my computer. I saved it and e-mailed it to myself so I could view it on my phone. The font was quite small, so I pulled it up on my son’s tablet where I could read it easier. I missed October’s open mic but shared my poem at November’s. The day of, my son’s tablet stopped working. It completely froze. The power button didn’t work, and I couldn’t access the battery. I didn’t have enough time to write my poem on paper, so I was forced to read it from my phone. My name was called from the list. As I approached the mic, my vision was blurred. I was wearing contacts per usual but my sight was somehow compromised as if I didn’t have them in. I read my poem unable to look up at the audience while doing so, but I READ MY POEM.

I think it was well received, and I finally got over my nerves and my own self. The next open mic is in less than 2 weeks. I purchased my ticket already and am working on the next poem I want to share. I haven’t figured out the subject matter yet, but I can’t help but wonder why I had such opposition to do it in the first place. Again, I do not know what my next poem or poems will be about.